19 Terrifying Stories That Read Like Horror Fiction…But Are TRUE 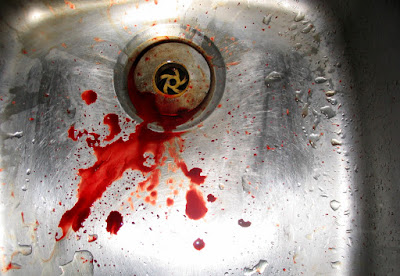 OMG! There's an Alternate Ending to LITTLE SHOP OF HORRORS! 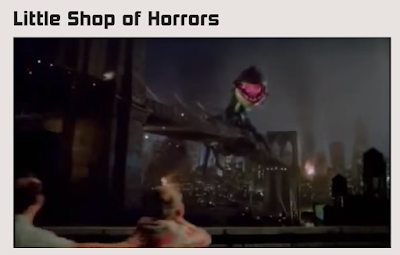 Why haven't I known about this alternate ending to one of my favorite horror movies? This one is definitely bleaker and not as upbeat as the movie's original ending. Check out the link here. 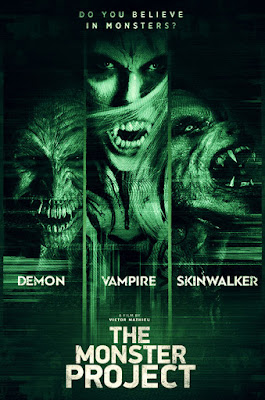 Sometimes I read the blurb for a movie and decide to rent it without looking at the trailer. Wouldn't you know I'd get another camera POV flick. But at least this one had some originality.

We have a group of friends who like to make fake ghost videos/short films and post them online. They're so successful, they decide to make a real movie, but with one major catch. Rather than hire actors, they put out a call for real monsters.

What they get is a Native American who claims to be a skinwalker, a tattooed beauty with freaky eyes who says she's a vampire, and a winsome Asian woman a la Samara from The Ring, who happens to be possessed by a demon.

Our film crew rents a "known" haunted house to use as their backdrop. Once they're locked inside for the night, crap starts to happen.

I admit I was pretty entertained for the large majority of this film, although I believe the shaky chase-n-screaming scenes dragged on far too long. Lots of out-of-focus shots, but some decent special effects.

In addition, I did not see the finale coming. To me, it was a lame way to end the film. But your mileage may vary.

All in all, however, the acting was excellent and not over the top. Ditto for the makeup effects. This was a Kickstarter project that I feel was well-funded.

Which is why I recommend that you

Posted by Linda Mooney at 7:15 AM No comments: 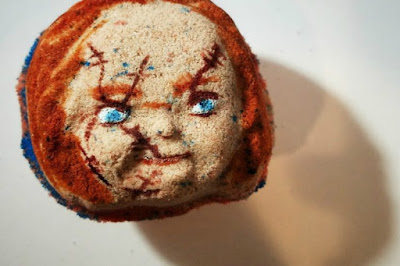 Want to take a bath with Chucky? Now you can. Found out more here.

Posted by Linda Mooney at 2:19 AM No comments:

I Work At An Unmarked Building In Colorado That Uses As Much Electricity As A Small City, And This Is What I Know 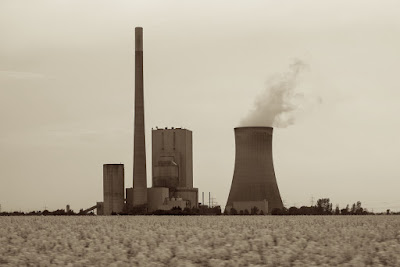 Read this wonderful 3-part horror story by Tobias Wade here.
Posted by Linda Mooney at 2:32 AM No comments:

Labels: And This Is What I Know, I Work At An Unmarked Building In Colorado That Uses As Much Electricity As A Small City, short story, thought catalog dot com, Tobias Wade 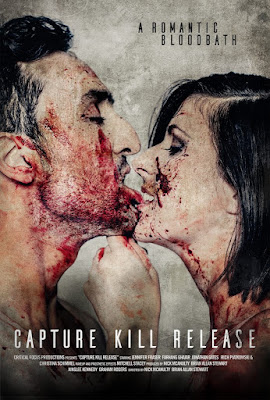 Just for a lark, she wants to kill someone. Because he loves her and will do anything for her, he goes along...until it gets to be too much.

I've seen some of the most perverse horror movies out there, but this one got to me. And I blame the director, the fantastic in-house special effects, and most of all the actors in this tense, nerve-wracking film with the tag line "A Romantic Bloodbath".

You get a clear understanding of the woman's deranged state of mind at the very beginning when they're shopping for tools and materials to kill with. Which ones will be best for torturing? Which ones will cut through bone and decapitate the cleanest? Isn't this a pretty ax? Oh, and don't forget the bleach and rolls of plastic. It's a slow build-up, after which you're pounded again and again with the methodical insanity that prevails.

But when the husband's conscience begins to bother him, and he tries to dissuade his wife from going through with dispatching any more victims, the brilliance of these actors shine through. Right to the end that will sadden and disgust you.

This is one movie that will stick with me forever, but I seriously doubt I'll ever want to view it again. So I was hung between telling you to BUY IT, or RENT IT. But, considering my own feelings, my final recommendation is that you

This Spooky House is Rockin'!

Posted by Linda Mooney at 7:03 AM No comments:

While Airing It Out 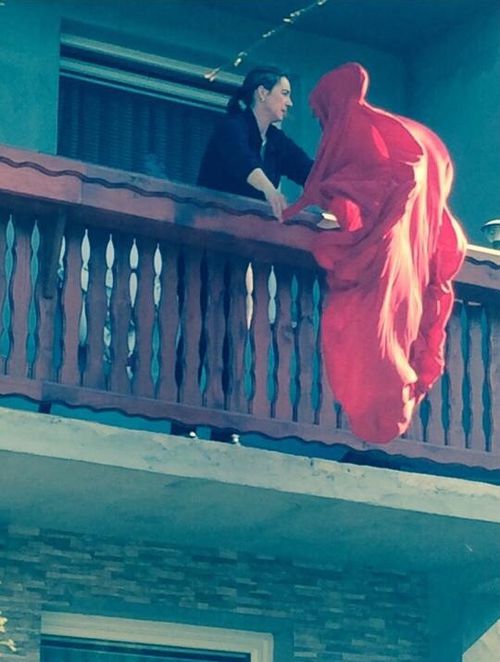 Posted by Linda Mooney at 7:00 AM No comments: 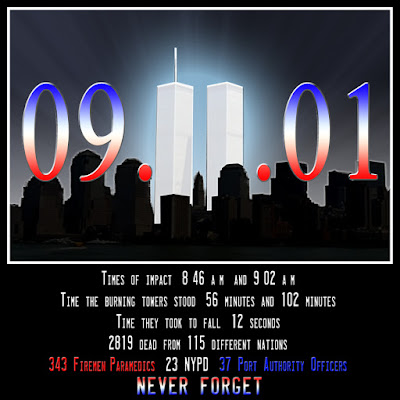 Posted by Linda Mooney at 5:36 AM No comments: 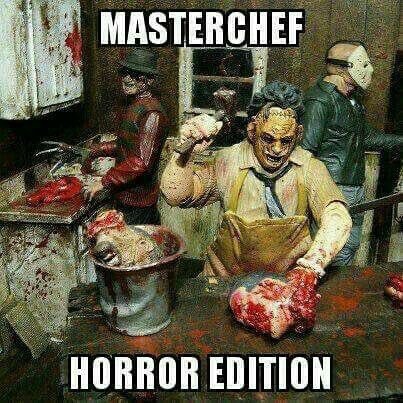 Posted by Linda Mooney at 5:00 AM No comments: 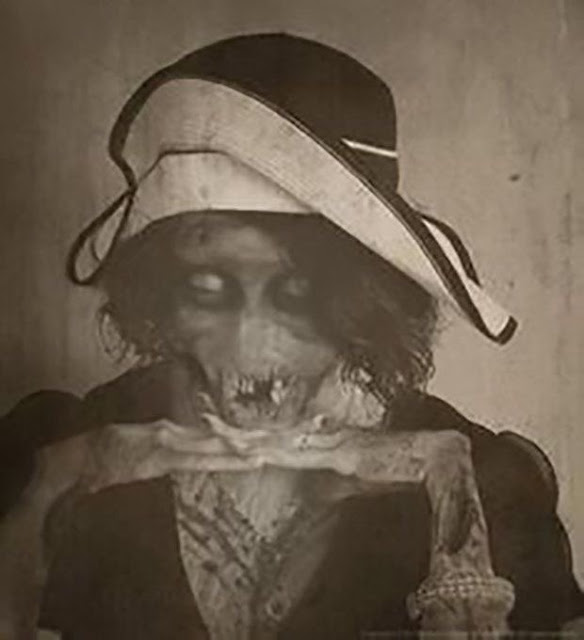 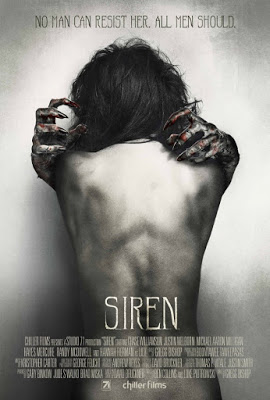 In 2012, the horror anthology V/H/S was released, and immediately struck a chord with horror fans. Of the four stories included in it, the one that created the most buzz was the first one entitled "Amateur Night".

If you haven't seen V/H/S, go now and rent it. Then you'll see why I was excited to find this movie, which is supposed to be a prequel? sequel? to that story.

The best part? The same actress returned to play the part of the siren.

This movie had some slow moments, but it also had some great effects, decent bloodletting, good acting, and a decent story line. Besides, when was the last time you rooted for the creature?

Two thumbs up! I wholeheartedly urge you to

Posted by Linda Mooney at 7:45 AM No comments:

Instead of Mounting the Horse's Head 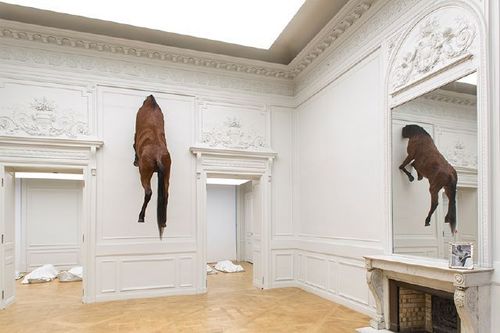 Posted by Linda Mooney at 7:33 AM No comments: