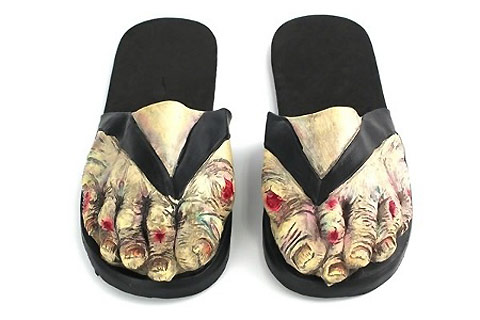 Wear them everywhere! To the store, about the yard, around the house. They're so versatile and practical, and they also make great gifts!
Posted by Linda Mooney at 8:36 AM No comments:

The Bride of Frankenstein by Allastair Fell 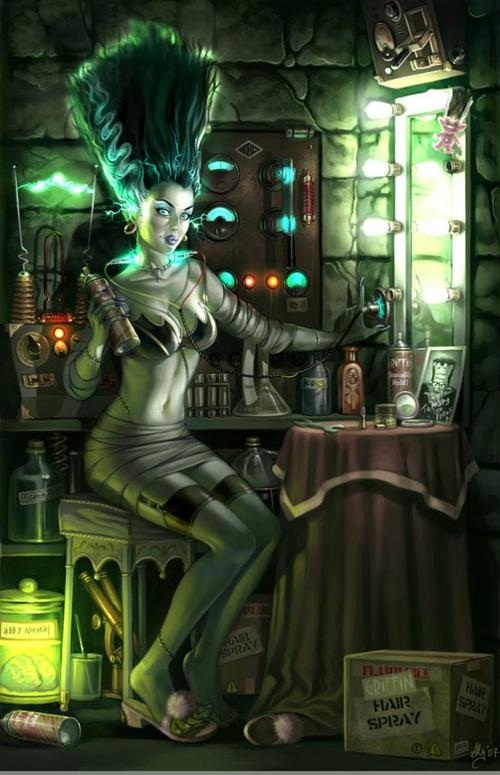 Posted by Linda Mooney at 8:33 AM No comments: 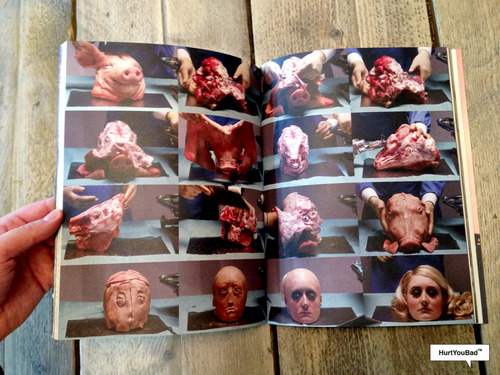 How one plastic surgeon transformed a pig's skull into a beautiful woman.
For real.
Posted by Linda Mooney at 8:30 AM No comments:

The New Wave of Hooters Waitresses 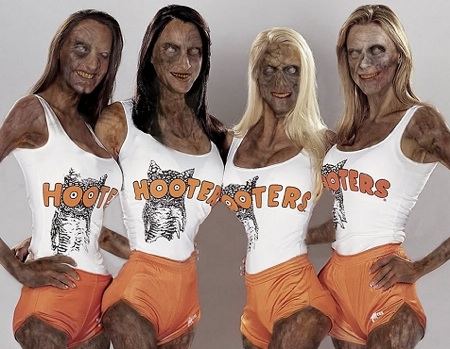 Just wait until a body part falls onto your table while she's taking your order.
On second thought, maybe YOU are the order!
Posted by Linda Mooney at 8:27 AM No comments:

When That Icy Cold Hand Comes Creeping Past Your Window 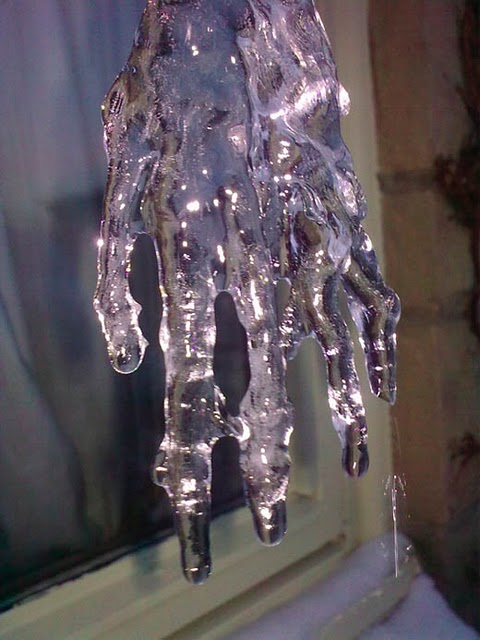 Posted by Linda Mooney at 8:26 AM No comments: 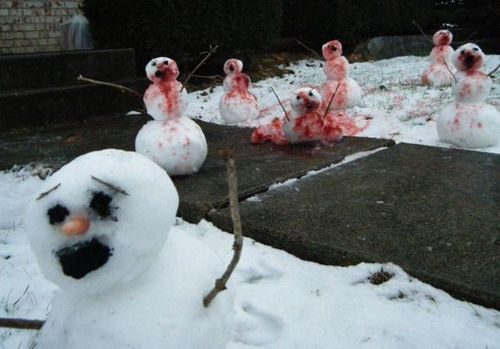 I wonder what this guy's neighbors think.

Posted by Linda Mooney at 8:19 AM No comments: 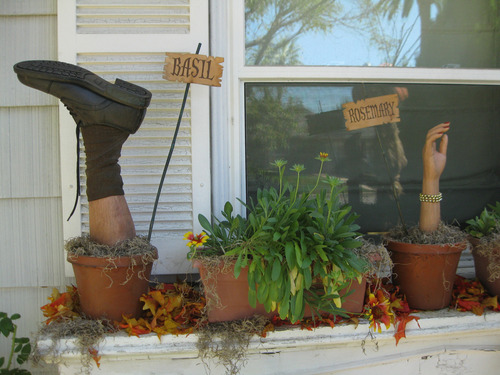 How to grow your own window garden.
Posted by Linda Mooney at 8:23 AM No comments: 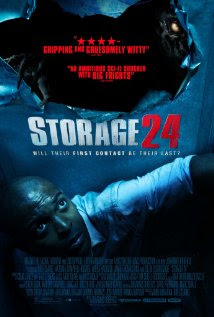 Aliens in a Storage Facility

The trailer looked great for this one. So when I got the chance to see it on HDNet Movies on DirectTV before it hit theaters, I jumped at the chance.

Right off the bat, it started off with an airplane crashing into one of those storage u-lock-it-and-leave-it places. The people who were inside at the time are trapped when the electricity is cut, and the doors opening to the outside no longer work. Which means they're trapped inside with something that fell out of the plane when it crashed.

I have to admit, the initial idea seemed solid. The acting is pretty good. But unfortunately, the movie falls flat. I love the fact that it takes place in London (or rather, in the London suburbs). Otherwise, there is very little for me to recommend. At every twist and turn, I felt as if I was watching a contemporary version of Aliens, but inside a storage facility instead of a spaceship. It's just a matter of seeing who gets picked off one at a time, and who'll survive for one last match-up at the end.

Unfortunately, my recommendation is to

Posted by Linda Mooney at 9:30 AM No comments:

Think of a Hamster in a Ball 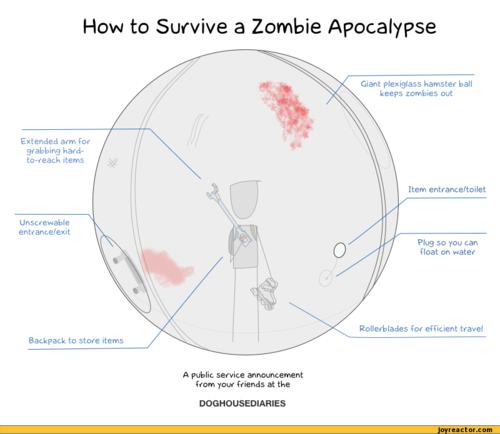 Posted by Linda Mooney at 8:14 AM No comments:

Labels: DogHouseDiaries, hamster ball, How to Survive a Zombie Apocalypse

When Edward Gorey Meets Dr Who 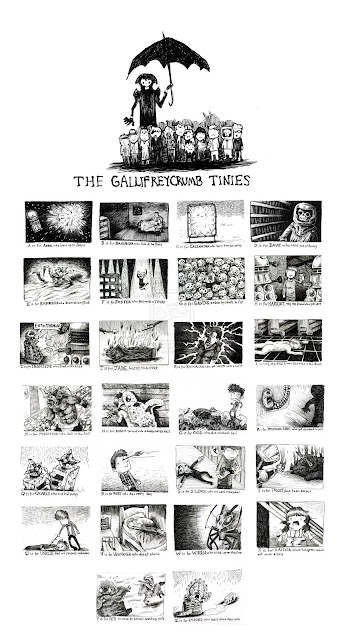 If you are a Dr Who fan like I am, and also love the deliciously evil artwork of Edward Gorey, meet the "Gallifreycrumb Tinies", a takeoff of Gorey's "Ghastlycrumb Tinies."

Click on the picture to get a larger version you can read.

Posted by Linda Mooney at 8:11 AM No comments: 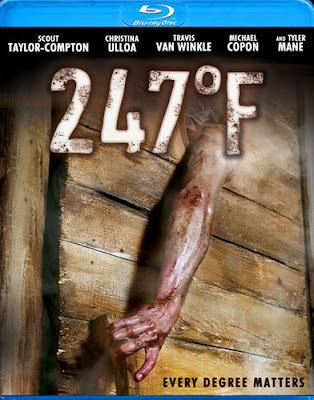 First of all, let me say that "that scene", the one on the cover of the box, isn't in the movie. A variation of it is, however. Second, don't let the jagged teeth of glass in the little window fool you (that window is prominently displayed in lots of promo shots). The window in the movie has no glass left once it's busted.

Now, other than those couple of trifling nitpics, this movie is pretty darn good. Four young 20-somethings go to visit an uncle of one of them, who has invited them up for a visit during a festival. This uncle has a cabin (hand built) on the lake, and that cabin is to die for. It even comes with its own sauna.


Of the foursome, two are a couple, and the other two are on essentially a blind date. The two girls are closest friends, btw. The girl on this date is still suffering the loss of her fiancee three years ago. Her date for this weekend trip is tall, blond, exquisitely built, and as kind and considerate as anyone could want.

The girl's closest friend is trying to get her to come out of her self-imposed cave and start living again. Eventually she consents to strip down to her underwear and go for a dip into the lake, followed by a trip into the sauna. Lake, sauna, lake...you get the picture. Of course, all this time, the two guys are drinking heavily, which never mixes well with heat. Eventually, the one guy, the one with the uncle, gets so smashed, he passes out on the couch. He never realizes he's accidentally locked his friends in the sauna.

This movie is "based on a true event". There's very little blood, and it can be slow at times. But what makes it horrific is that this could really happen. This is not a horror movie based on pretend creatures that don't exist. It's not about abominable people, or cannibals, serial killers, or zombies. It's about what could actually occur. And once that realization is set in your mind, you can sit back and watch these people cook to death.

Posted by Linda Mooney at 9:44 AM No comments:

Don't Go Near the Snowman 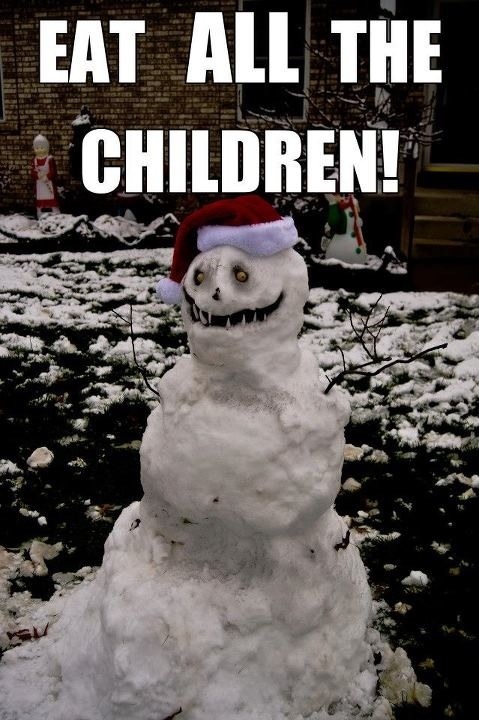 Posted by Linda Mooney at 8:01 AM No comments: 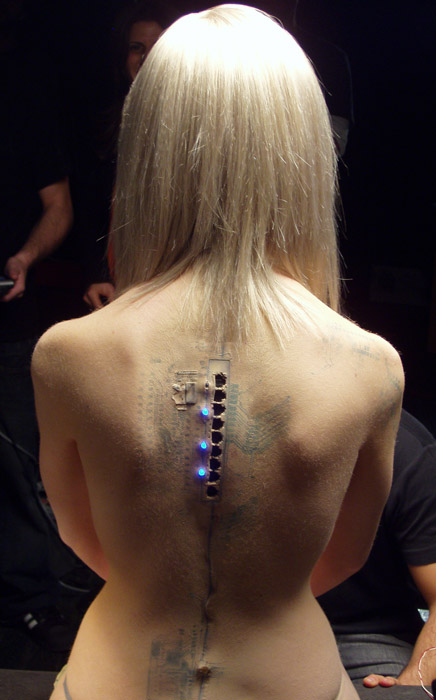 Posted by Linda Mooney at 8:00 AM No comments: