"What Niagara Falls is to weddings, Aokigahara is to suicide." 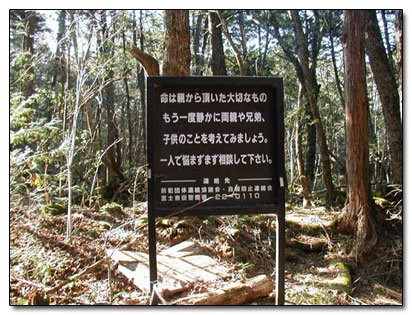 ﻿
"Aokigahara is a woodland at the base of Mount Fuji in Japan that makes The Blair Witch Project forest look like Winnie the Pooh’s Hundred Acre Wood. It probably has something to do with all the dead bodies scattered around.

What Niagara Falls is to weddings, Aokigahara is to suicide. How many suicides does it takes for a place to get that reputation? A dozen? Fifty?

More than 500 people have taken their own lives in Aokigahara since the 1950s. The trend has supposedly started after Seicho Matsumoto published his novel Kuroi Kaiju (Black Sea of Trees) where two of his characters commit suicide there. After that-always eager to prove they are bizarrely susceptible to suggestion-hundreds of Japanese people have hanged themselves among the countless trees of the Aokigahara forest, which is reportedly so thick that even in high noon it’s not hard to find places completely surrounded by darkness.

Besides bodies and homemade nooses, the area is littered with signs displaying such uplifting messages like “Life is a precious thing! Please reconsider!” or “Think of your family!”

In the 70s, the problem got national attention and the Japanese government began doing annual sweeps of the forest in search of bodies. In 2002, they found 78. But who knows how many they missed? In all likelihood there probably is a hanged person somewhere in Aokigahara on any given day. You can see some of them here.

By the way, if an entire dark forest full of hanged corpses wasn’t bad enough, a few years ago some people noticed that a lot of the dead in Aokigahara probably had cash or jewelry on them. Thus began the proud Japanese tradition of Aokigahara Scavenging where people are running around the Death Forest, looking for dead guys to loot."

(Found here at reloveution soup.)
Posted by Linda Mooney at 7:22 AM No comments: 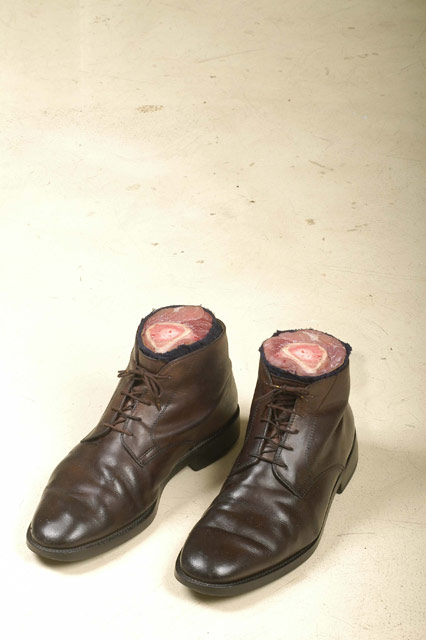 Link
Posted by Linda Mooney at 8:18 AM No comments: 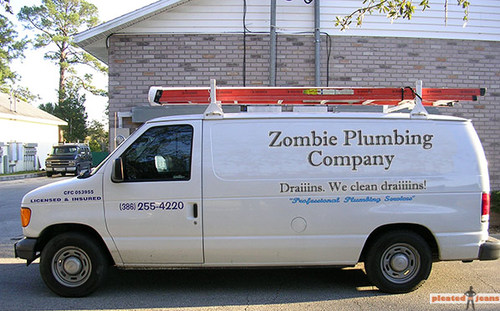 Posted by Linda Mooney at 8:16 AM No comments:

For the "Godfather" Fans 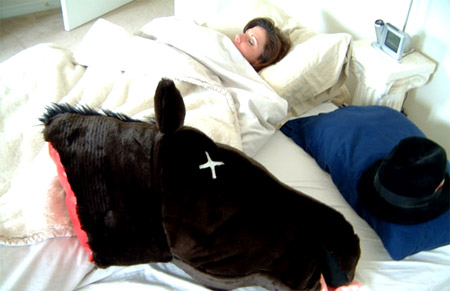 The perfect pillow!
Posted by Linda Mooney at 7:58 AM No comments: 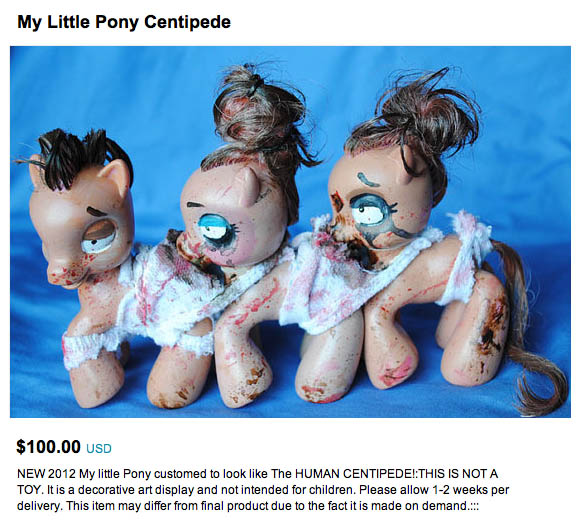 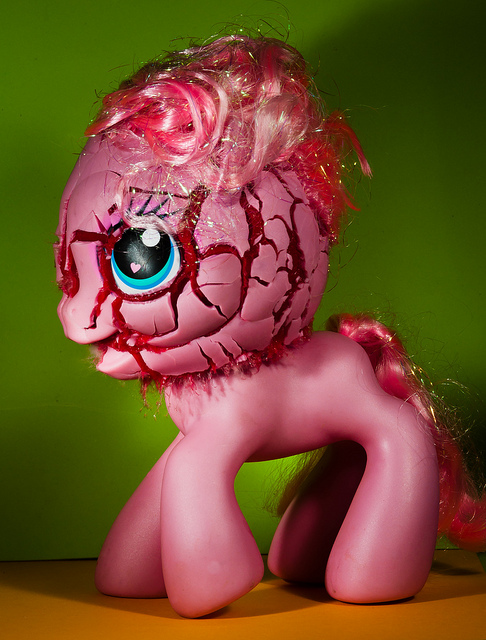 Posted by Linda Mooney at 9:00 AM No comments: 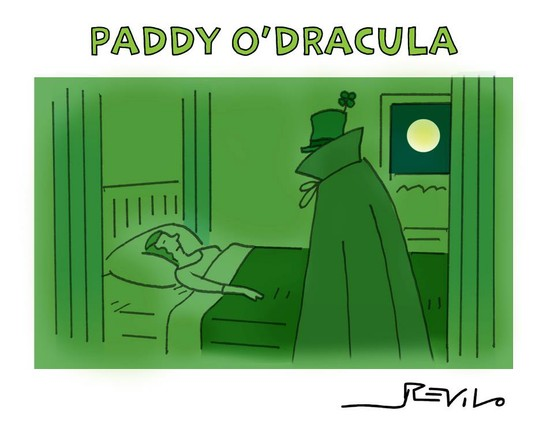 Posted by Linda Mooney at 7:57 AM No comments: 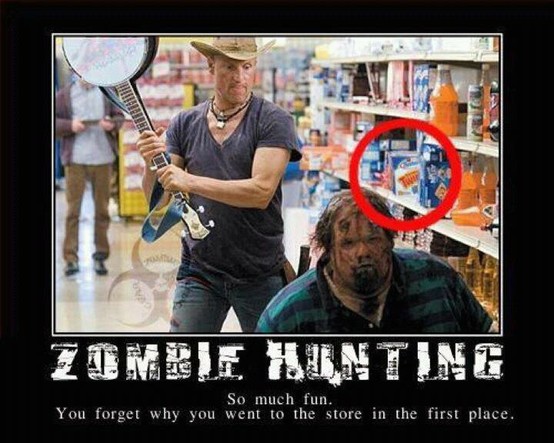 I found a terrific collection of zombie photos, gags, and comics on Pinterest.
Click the link here and check it out!
Posted by Linda Mooney at 8:12 AM No comments:

Some Movies That Just Should Not Be Viewed 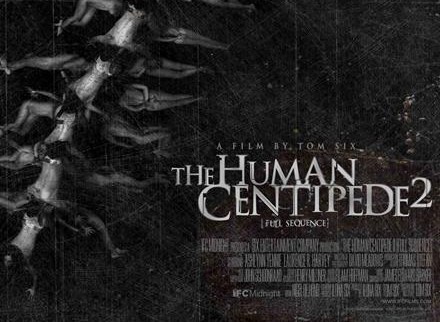 I've now seen several movies that, to me, were so disturbing that I wish I hadn't seen them. Among those titles are SALO, CALIGULA (1979), and now THE HUMAN CENTIPEDE 2.

I liked the original Centipede movie. But this one has gone into realms of abomination. Yes, I can still remove myself from the film, reminding myself it's only a movie, but then I wonder what kind of point Tom Six was trying to make with some of the scenes.

The movie deals with an avid fan of the first film. He's a little guy named Martin, a loner who still lives with his mother, and who was severely abused by his father. He's unattractive, grossly overweight, and holds a night job in an underground parking facility.

He's so overwhelmed by the first Centipede film that he watches and re-watches it on his laptop computer at work. He has a scrapbook, detailing the surgical methods used in the film. In fact, he's decided to make his own human centipede, except he plans to take it a step further - rather than use three people, he'll use twelve. And he'll get his victims as they enter the underground garage.

The fact that he has no surgical skills or a sterile facility doesn't deter him. He finds an abandoned warehouse, and he brings along his rolls of duct tape, scissors, various kitchen knives, and a trusty staple gun.

There are scenes from these movies that will forever haunt me. What I need is a strong dose of "behind the scenes" to cleanse my palate. Although there are a couple of shorts in the Extras that show us some of their tricks, I still won't be able to wipe the residue off my mental screen.

This is why I will not be renting a copy of Centipede 3, and why my recommendation for this movie is to 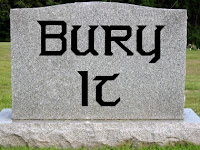 Posted by Linda Mooney at 7:30 AM No comments:

Posted by Linda Mooney at 7:06 AM No comments: 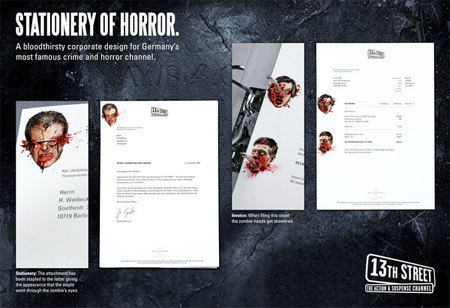 Check out this unique and ghastly set of stationery from 13th Street. They also have CD sleeves that look like circular saw blades; envelopes that, when you open them, tear out the eyes; and greeting cards that rip holes in the head.
Posted by Linda Mooney at 8:10 AM No comments:

It Came From Under the Bed 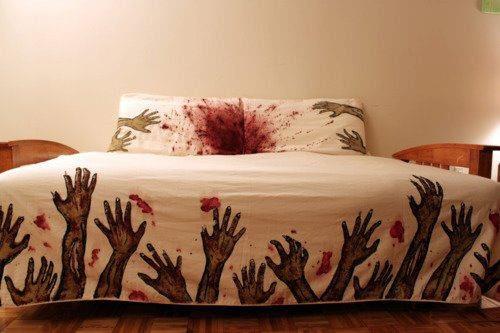 Here you go. Sheets and pillowcases that look like you've been attacked by something under the bed. 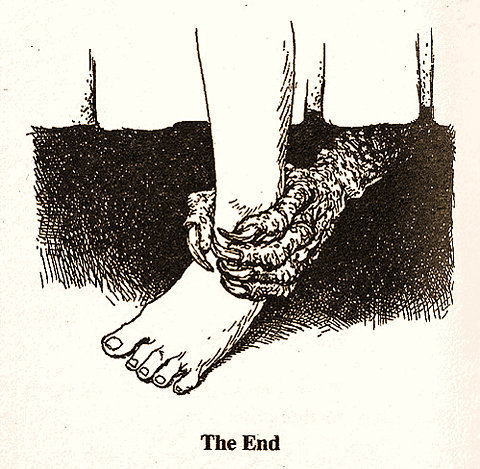 Posted by Linda Mooney at 8:05 AM No comments:

Posted by Linda Mooney at 8:54 AM No comments:

A Gentleman's Guide to Amputation

Such a timeless art. Such skills have been lost through the years.
Posted by Linda Mooney at 8:49 AM No comments: